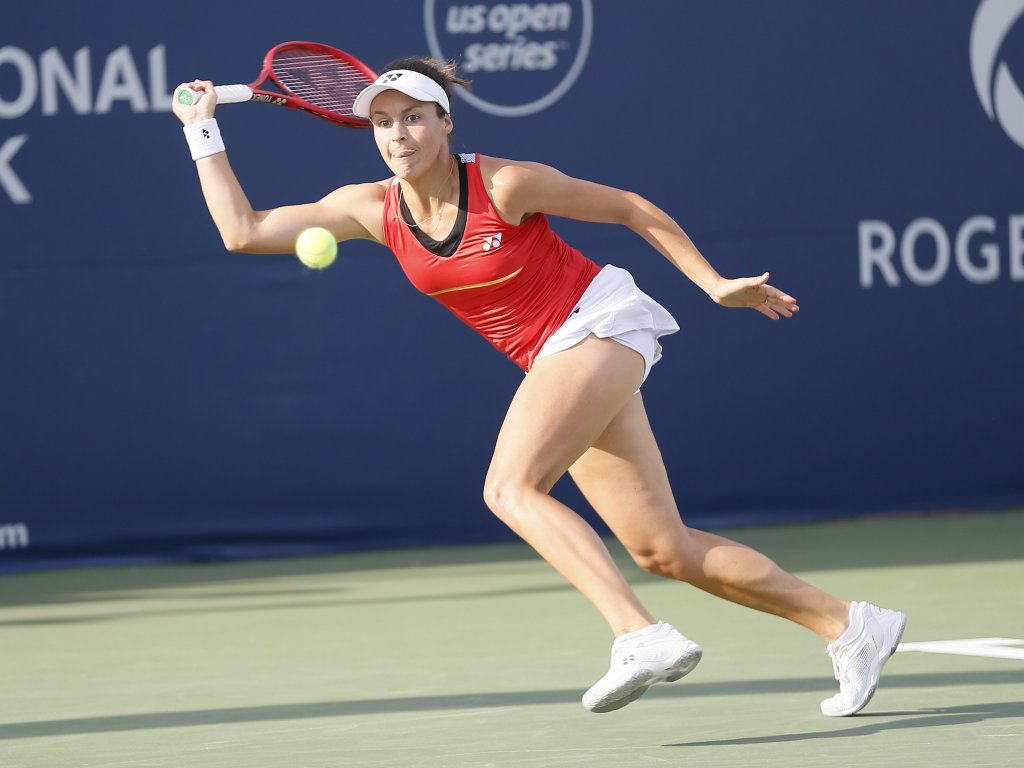 An all-German match has been set for the first of four quarterfinal matches at Wimbledon, between World ranked No. 103 Tatjana Maria, and World No. 94 Jule Niemeier.

Neither of these two players’ Wimbledon Odds were of notice heading into the tournament, but they have upset and sent home quite a number of players, earning their spot here in the quarterfinals.

Heading into the second week at Wimbledon, just two of the top 15 seeds remain in the women’s singles draw.

Odds as of July 4th at Caesars Sportsbook.

With many of the top women’s seeds falling off, both Maria and Niemeiers odds have shortened, but they’re not currently the favorite to win.

34-year old Maria pulled off another upset, when she defeated 12th seed Jelena Ostapenko 5-7, 7-5, 7-5. This win comes less than a year since the German returned from maternity leave.

After returning from maternity leave less than a year ago, Tatjana Maria reaches her first Grand Slam QF#Wimbledon pic.twitter.com/dCv8QXelTY

This is the first time Maria has reached the second week kof a major, recording her career-best result, when she defeated Ostapenko in just over two hours.

In the fourth round match, Maria had to also save two match points to stay alive, after Ostapenko controlled much of the match.

The 22-year old defeated the last British player remaining in the women’s single draw to earn a spot in her first Grand Slam quarterfinal.

The 22-year old held control of this match from start to finish, winning five games in a row off the bat, in the first set, and going on to win six of the last eight in the second.

This is the first time these two players will face each other, with their current head-to-head record sitting at 0-0.

This will be an exciting match to watch, as mentioned this is both of their first quarterfinal appearance in a Grand Slam. With that being said, there’s sure to be some nerves that come into play at some point or another.

We haven’t seen nerves really affect Maria this tournament, but we had a glimpse with Niemeier. In her third round match against Tsurenko, she struggled with her serve. Specifically in the deciding set, when things got tight.

Maria also has a few years on Niemeier, which naturally comes with experience. That mixed with how they’ve been playing, seems to give older German just the slight edge that’s needed to win.

A graduate of Sport Media at Ryerson University, Hayley is the ultimate student of sports. Whether she is playing it, watching it, debating it, or writing it, it’s safe to assume sport consumes the majority of her life. She has worked both internationally and with the NBA.

A graduate of Sport Media at Ryerson University, Hayley is the ultimate student of sports. Whether she is playing it, watching it, debating it, or writing it, it’s safe to assume sport consumes the majority of her life. She has worked both internationally and with the NBA.

Shakira: The day she was a Disney star with Selena Gomez