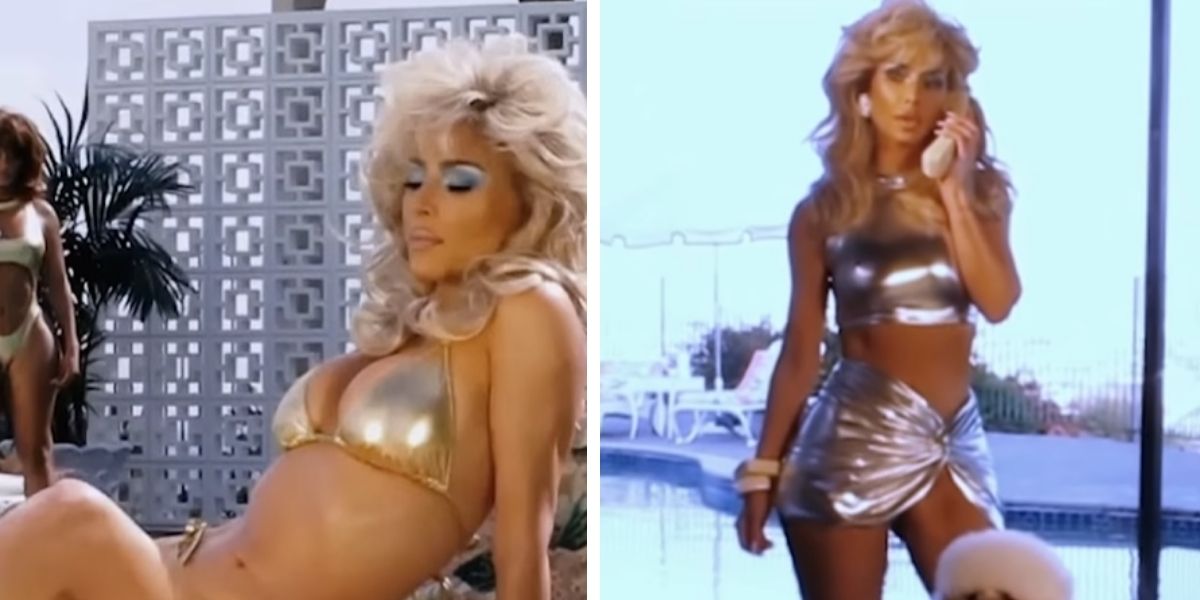 Kim Kardashian’s latest look for the SKIMS photoshoot has everybody talking. The reality star who is known for experimenting with her style sported an 80s mullet hairstyle, which made her look unrecognizable.

Kim’s transformation came with the announcement regarding SKIMS’s new metallic swimsuit, which is set to drop soon. She also posted a picture of herself wearing a bikini from her latest collection, before revealing the funky look.

Kim has always pulled off any look that she’s carried.

After donning a blonde hairdo at the Met Gala 2022, she was once again seen wearing light hair for her brand’s photo shoot.

She sported a super chic mullet while putting her curves on display in a metallic bikini.

And, it was revealed by her stylist Chris Appleton on Instagram that he in fact cut the hair himself to achieve the look. But, he didn’t specify if he cut her real hair or did the same on a wig.

Sharing a picture of her, he wrote: “The one haircut.. I never thought I would be doing on Kim!
But somehow she makes it look. Loving this 80s world, created for the new @skims swim campaign.”

It would be difficult to tell Kim and a life-sized Barbie doll apart after seeing her pictures from the SKIMS swim shoot.

One fan even noted under her picture that they couldn’t tell it was Kim. “Didn’t recognize Kim at first. She looks great in every style and color – and she definitely rocks the 80’s!!,” read the comment.

When is the swim line dropping?

SKIMS official Instagram has shared  9 AM / 12 PM ET as the release time for the collection.

It’ll be available in both cut-out one-pieces and two pieces sets.