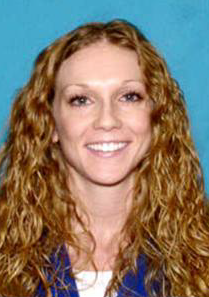 The woman who allegedly killed elite cyclist and Vermont native Anna Moriah Wilson was found by authorities last week after a 43-day manhunt. Kaitlin Armstrong was arrested in Costa Rica June 29, according to the U.S. Marshals Service. Armstrong, the 34-year-old yoga instructor who allegedly shot Wilson to death on May 11, will be deported and returned to the U.S.

New details are now emerging about how Armstrong initially avoided police — and what ultimately allowed them to find her in Central America.

“The Marshals Service elevated the Kaitlin Armstrong investigation to major case status early in this investigation, which likely played a key role in her capture after a 43-day run,” said U.S. Marshal for the Western District of Texas Susan Pamerleau. “This is an example of combining the resources of local, state, federal and international authorities to apprehend a violent fugitive, bring an end to that run and hopefully a sense of closure to the victim’s family.”

What we know about Armstrong’s arrest so far:

Armstrong was found and arrested at Santa Teresa Beach hostel in Provincia de Puntarenas, U.S. Marshals said. They had recently located Armstrong’s black Jeep Grand Cherokee and learned she allegedly sold the vehicle on May 13 to a CarMax dealership in south Austin for $12,200. That dealership provided a check to Armstrong the day after she was questioned by police.

Armstrong allegedly departed Austin Bergstrom International Airport on May 14 and flew to Houston Hobby Airport, and then to New York’s LaGuardia Airport. Police say they have evidence of her being dropped off at Newark Liberty International Airport in New Jersey on May 18, one day after police issued a homicide warrant for her arrest.

Investigators searched outbound flights from Newark and found no flight reservations under her name. Armstrong allegedly used a passport not belonging to her to fly from Newark to San Jose, Costa Rica. Police said Armstrong had resembled the person whose passport she used, but have not released details on whose passport it was or how Armstrong obtained it.

While staying at the hostel, Armstrong apparently took steps to hide her true identity. She cut her long blonde hair short and dyed it brown, according to CNN.

Armstrong did not move around much once she settled in Costa Rica, SFGATE reported, and authorities guessed that she would continue either taking or teaching yoga classes in some capacity. Costa Rican authorities, working in conjunction with American officials, tracked Armstrong to a local yoga studio and found a handwritten login using the same alias Armstrong allegedly used to flee the country. When Armstrong was arrested, she had bandages and bruises on her face, which she said was from a surfing accident.

Armstrong will now be held on a $3.5 million bond, CBS reported.

Wilson, known affectionately to her friends and family as “Mo,” was a rising star in the cycling community. She grew up in Vermont, starting as a competitive skier before switching to cycling. Wilson graduated from Burke Mountain Academy and then Dartmouth College.

In the weeks before her death, Wilson said in an interview with Velonews that she quit her day job working for the bicycle company Specialized to become a full-time cyclist. In that interview, Wilson was labeled “the winningest woman in the American off-road scene.” She was seen as a frontrunner in the Gravel Locos race in Texas, planned for May 14.

Wilson was in Austin for the race when she was killed. Police discovered her bleeding and unconscious from multiple gunshot wounds at an apartment she was staying at with a friend. Although first responders performed CPR, the 25-year-old was pronounced dead at the scene.

Armstrong quickly became a person of interest, with jealousy a potential motivating factor. Armstrong reportedly had a long-term relationship with Colin Strickland, another well-known competitor in the gravel biking community.

In a statement to the Austin American-Statesman, Strickland said he had also had a romantic relationship with Wilson from late October through early November of last year. Wilson soon returned to California and Strickland resumed his relationship with Armstrong, he said.

“It was not my intention to pursue along an auxiliary romantic relationship that would mislead anyone. Moriah and I were both leaders in this lonely, niche sport of cycling, and I admired her greatly and considered her a close friend. I am deeply grieving her loss,” Strickland said in the statement.

Austin Police received an anonymous tip on May 14 from someone who said that they were with Armstrong in January, soon after she discovered that Strickland and Wilson had had a brief relationship, according to an affidavit.

Police were told that Armstrong “became furious and was shaking in anger” when she learned the news. Armstrong told the caller that she was so angry that she wanted to kill Wilson, according to the affidavit.

Stay up to date on all the latest news from Boston.com

Counties with the most born-and-bred residents in Missouri

AS Roma Is The First Conference League Winner: Can You Call Them Champions?