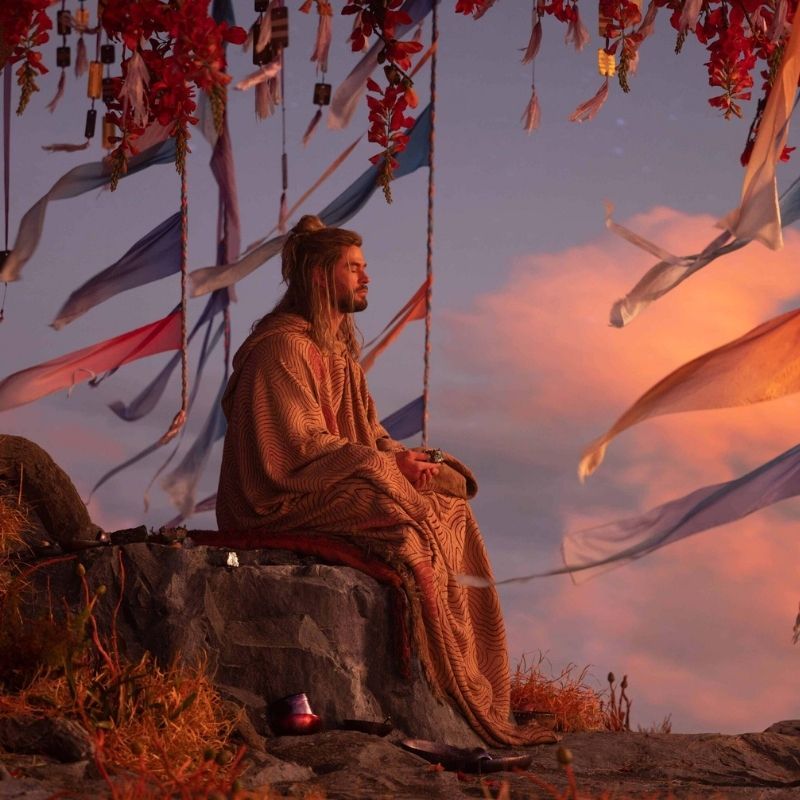 From an adventurous search for a rare flower to an epic battle that might lead to the extinction of the Gods – this week has a power-packed set of new releases to look forward to. We round up a list of a few across OTT platforms and theatres that we’ve got on our radar.

Between the return of the nail-biting Stranger Things and the explosive biographical science thriller Rocketry: The Nambi Effect – July has been a promising month for those who enjoy kicking back with a show at the end of a long week. In line with this, the week ahead has a series of new releases to look forward to. Complete with adventurous journeys, quirky comedy, and epic battles – there’s no room for boredom with what’s in store. Channel your inner binge aficionado and explore these titles across Netflix, Amazon Prime, Disney+Hotstar, and theatres near you.

New releases of the week that will have you hooked

Ranveer Vs Wild With Bear Grylls

Touted as the first interactive adventure reality to be produced in India, this series will feature 83 actor Ranveer Singh brave the wild alongside British adventurer (of the Man Vs Wild fame) Bear Grylls. The objective? Find a rare flower that never wilts so present to his wife, actress Deepika Padukone. Helmed by Banijay Asia in collaboration with The Natural Studios, the trailer for this show features bears, wolves, and the eccentric Singh engaging in a set of death-defying challenges.

If there’s any Bollywood tea to be split, there’s no better show to do it than this one. After a successful six seasons of rib-tickling banter and jaw-dropping confessions, Koffee With Karan returns for season 7 with an eclectic lineup of guests. The trailer sees Gully Boy co-stars Ranveer and Alia, Jugjugg Jeeyo actor Anil Kapoor busting a move, and Gunjan Saxena actress Jhanvi Kapoor talking about relationships alongside Atrangi Re star Sara Ali Khan. Johar took to social media to generate excitement around the release, captioning it, “It’s edgy? It’s spicy? It’s playful?” It’s all of the above – catch a sneak peek into some of the guests making this season the hottest one ever!”

Also Read   Games Inbox: The legacy of the PS4 console

This Telugu-language anthology is based on the eponymous New York Times column Modern Love, and follows on the heels of the series Modern Love Mumbai. On offer are six diverse yet relatable stories of different aspects, shades, moods, and experiences of love – set within Hyderabad. From touching upon first-world problems to diving into human anguish – the series explores it all. Expect themes of food and culture interspersed with some of the most exciting performances – if the trailer is anything to go by.

Marvel fans, unite! This movie sees Chris Hemsworth, a.k.a god of thunder Thor embark on a quest for inner peace following the events of Avengers: Endgame. However, along the way comes Gorr the God Butcher, played by Christian Bale, who’s a galactic, vengeful murderer seeking the extinction of the gods. The trailer offers insight into how Thor, in an attempt to defeat Gorr, seeks the help of Valkyrie, Korg, and ex-partner Jane Foster – who has developed the ability to wield his magical hammer! As they set off on a cosmic journey, you’re bound to be on the edge of your seat.

This one is a Hindi-language thriller and the sequel to the 2020 hit Khuda Haafiz. The story follows the life of Sameer and his wife Nargis who had a challenging time in the last movie busting down flesh traders in Noman. After overcoming these challenges, the couple settle down into a peaceful routine with their adopted daughter Nandini. That is until she’s kidnapped by a landlady’s henchmen while returning from school. On a quest for vengeance, the parents are thrust right back into a series of unfortunate events that will have you rooting for them.

Which of these new releases do you look forward to the most?

The post Exciting new releases this week that will have you reaching for your popcorn appeared first on Lifestyle Asia India.

You Know the Catchphrase — Will Disney Plus’s ‘I Am Groot’ Get a Season 2?

8 Books and Comics to Read Before The ‘Obi-Wan’ Series