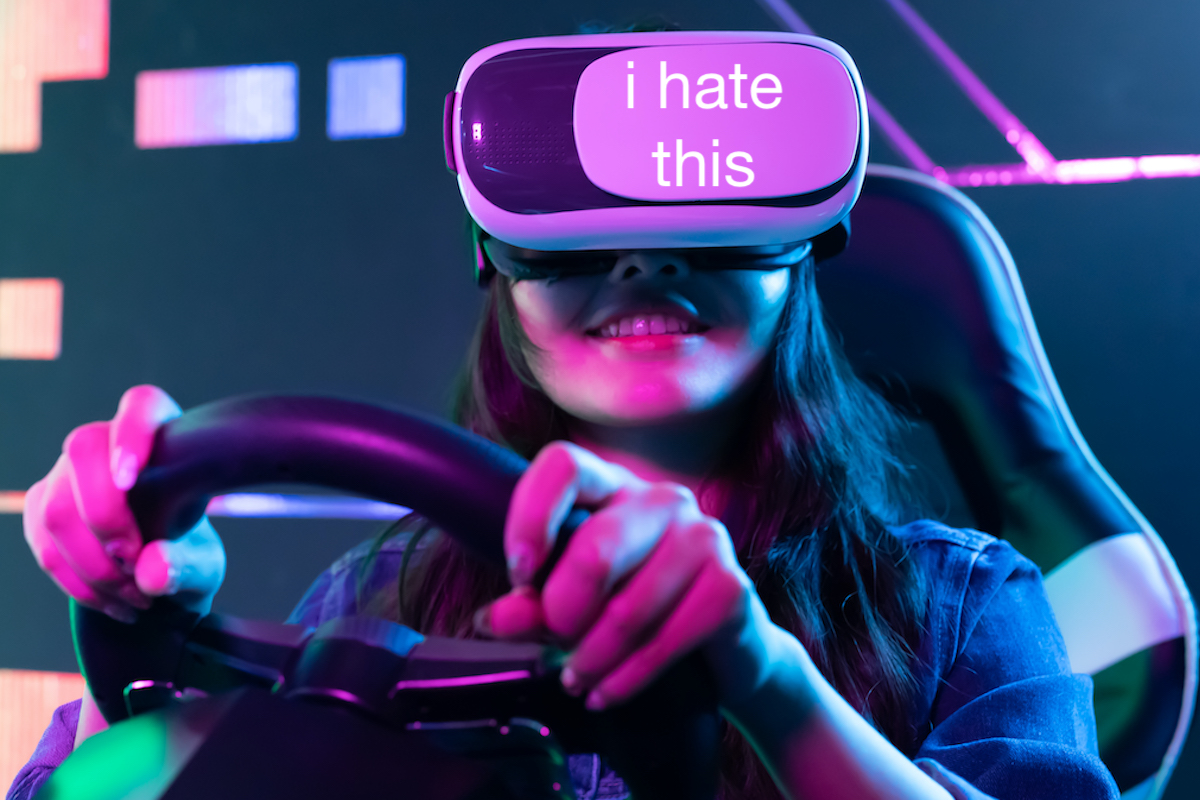 According to VR Scout, Apple has filed a patent for a windowless self-driving car. If that sounds terrifying, just wait, it gets worse. The car—which is one of a number of self-driving car patents filed by the company—reportedly also has a virtual reality function, which, among other things, can let passengers look at the scenery around them via cameras on the outside of the car.

The VR setup will supposedly help with motion sickness, although speaking as someone who gets overcome with nausea, claustrophobia, and vertigo within two minutes of putting on a VR headset for the most basic game, let alone realistic high-speed road travel, I don’t know how that can be even remotely possible.

The image VR Scout tweeted (via Letsgodigital and Concept Creator) is horrifying:

Unsurprisingly, people are not fans!

You know what I’ve always wanted is a nightmare coffin that also delivers me to work https://t.co/1KbLAdz5ff

This is cool because if the wifi goes out you’ll die https://t.co/EEKOzRS7Dv

counterpoint
apple is not going to sell a fuckin car with no windows https://t.co/ff2HLCo5J8

Please update to start your car.

You cannot start the car because the battery (glued to the chassis) has failed.

You cannot service AppleCar because you have voided the warranty by trying to fix it at an unapproved outlet. Please throw out your entire car and purchase iCar 12.5 https://t.co/cu99UgzXXB

Recently, Elon Musk introduced an incredibly disappointing reinvention of tunnels capable of low-impact, low-speed travel, and now Apple is apparently offering their own disappointing version of a similar mode of transport. It would be really nice if at least one billionaire was willing to invest in reasonably plausible—let alone miraculously transformative—improvements to existing infrastructure but at least for now, we have the tweets.

—The Mary Sue has a strict comment policy that forbids, but is not limited to, personal insults toward anyone, hate speech, and trolling.—

Have a tip we should know? [email protected]